Alex Coba introduces Sarmad Alkayss. His family was among one the first iraqi families to immigrate to Sacramento after the 2003 Iraq War. 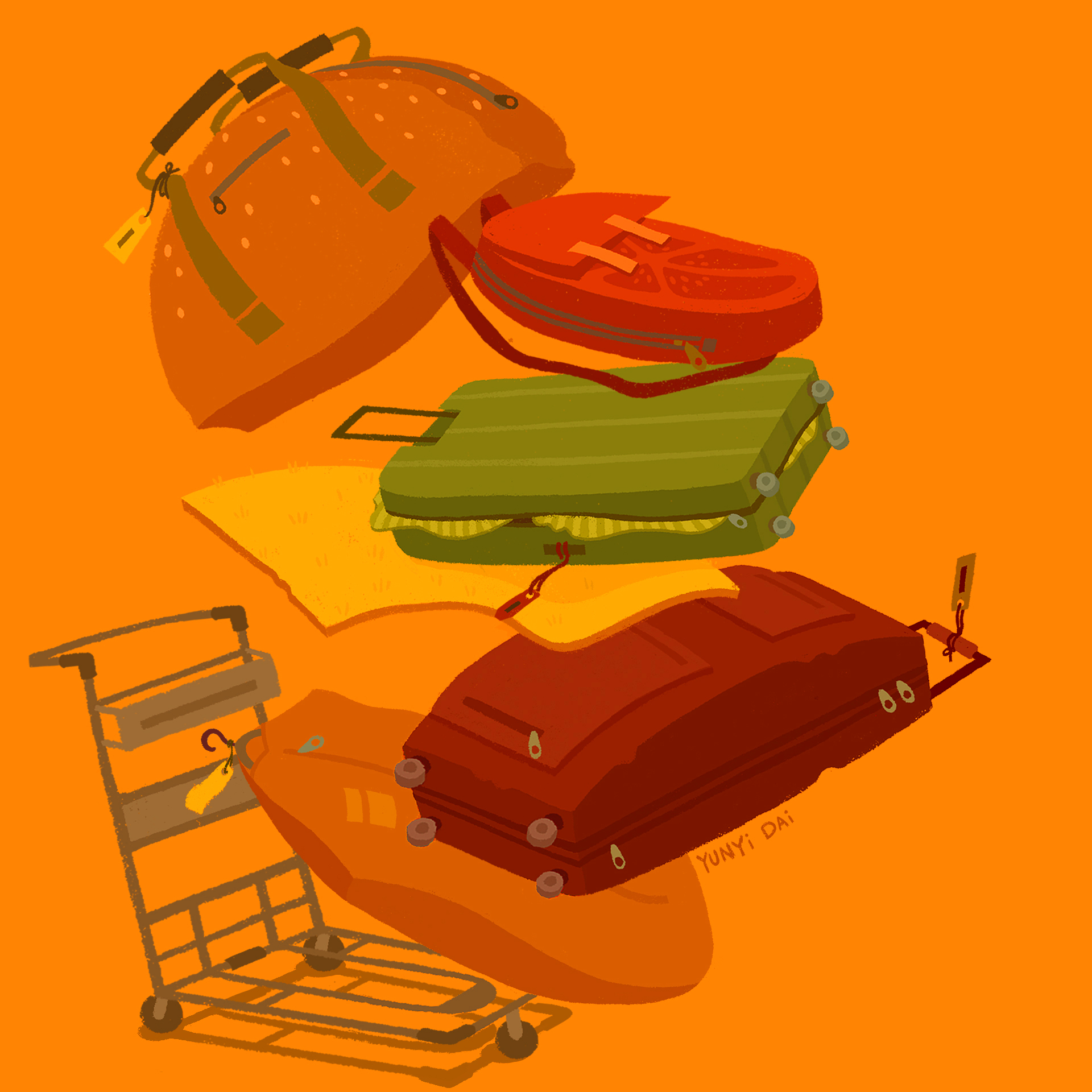 From Iraq to Dubai, and finally Sacramento: The long journey of Sarmad Alkayssi

From Iraq to Dubai, and finally Sacramento: The long journey of Sarmad Alkayssi

Growing up in Iraq, Sarmad Alkayssi remembers watching movies and TV shows from the United States and assuming that everyone in the country was rich and life was comfortable. It wasn’t until he immigrated to the U.S. that Alkayssi realized that wasn’t the case for everyone.

Alkayssi came to Sacramento from Iraq in 2007 when he was 21 years old. Alkayssi’s aunt Annies was instrumental in getting his family to the states. She  applied for visas for Alkayssi family in early 1990, he said. Eventually, in 2005, their visas were approved.

“That was perfect timing.” Alkayssi said.

Alkayssi said Iraq has always been an unstable country. The iraqi economy is mostly oil-driven. The oil sector employs 2 to 3% of the country’s labor force and generates 60% of Iraq’s gross domestic product. In 2003, the unemployment grew to about 28%, according to economic data by the CIA.

Before they reached Sacramento, Alkayssi and his family spent about a year and a half waiting for their paperwork to be approved. During this time, they shuttled between Jordan and Dubai until they eventually were allowed to fly to New York on Jan. 23, 2007. They were on their way to a new life in California. 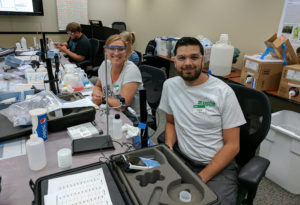 Sarmad Alkayssi works for the U.S. Geographical Survey were he is a project coordinator. Here he is with a colleague receiving work training in Denver, Colorado, for his current job. Photo by Alex Coba

Life in a new country can be difficult. As Alkayssi said his family was one of the first Iraqi families to immigrate to Sacramento after the 2003 Iraq war broke out.

The Iraqi population was small in across the U.S. and in the Golden State. According to the U.S. Census Bureau, there were 89,892 immigrants born in Iraq, living in the country in 2000. The Migration Policy Institute (MPI) approximately estimated about 20,532 Iraqi born immigrants resided in California in 2000.

Being new in a country so structurally and culturally different from your own can make that adjustment challenging, especially when your familiar community is so small. Alkayssi faced a challenging adjustment period.

“Living in Dubai, it’s the monarchy where the government controls pretty much everything,” he said.

Back home in Iraq, he was used to a dictatorship-style of government. It was a place where they are not able to voice their opinions.

“It takes time to realize that you’re not in Iraq anymore; you’re in America,” said Basim Elkarra, executive director of the Council on American-Islamic Relations (CAIR).

He explained that getting used to the new freedoms in the U.S. can be an adjustment.

“You have the ability to speak your mind, to vote. So, it takes time for the community to adjust,” said Elkarra. 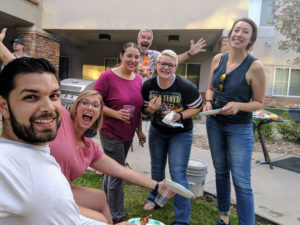 Sarmad Alkayssi is seen during a cookout with some of his colleagues during his work training in Denver, Colorado, for his current job as a project coordinator at the U.S. Geographical Survey. Photo by Alex Coba

Alkayssi said he’s amazed by American-style democracy. He compares it to his life in Iraq, Jordan, and Dubai where things worked differently.

“People have little say in deciding what law they want,” he said.

After four months in the U.S., Alkayssi’s father, Loay, had to travel back to Dubai to find work. It was 2007, just before the major economic crash.

“He still had his job in Dubai. So, it was perfect for him to go back,” Alkayssi said.

With his father in Dubai, Alkayssi was in a new country and had to take care of his family.

“So, I had to be responsible for my sister’s school, following up with her teachers, homework, doctors’ appointments. All of that.” he said. 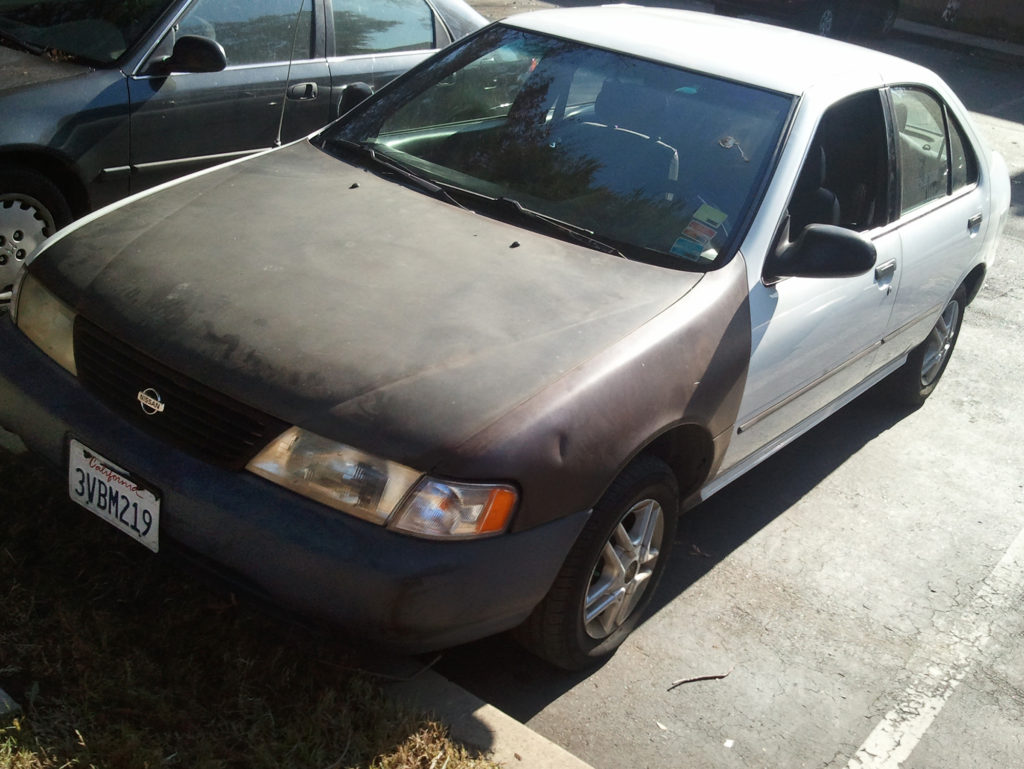 One of the first big purchases Sarmad Alkayssi made in the United States was a Nissan. He realized that in order to leave his house, he would need to buy a car. Photo by Alex Coba

It took some time and his father coming back for Alkayssi’s family to settle in.

He said his family is doing great now. His father started his own business flipping houses. Alkayssi graduated from California State University, Sacramento in spring 2007. He is currently a project coordinator at the U.S. Geological Survey.

“Whenever I accomplish something, like graduating from school, moving up, being promoted, I always talk to [my aunt] and say it’s all because of you because you believed in us and helped us come here,” he said.

Despite all the struggles that came with immigrating to the U.S., Alkayssi still takes the time to thank his aunt for helping his family get to the Sacramento all those years ago. 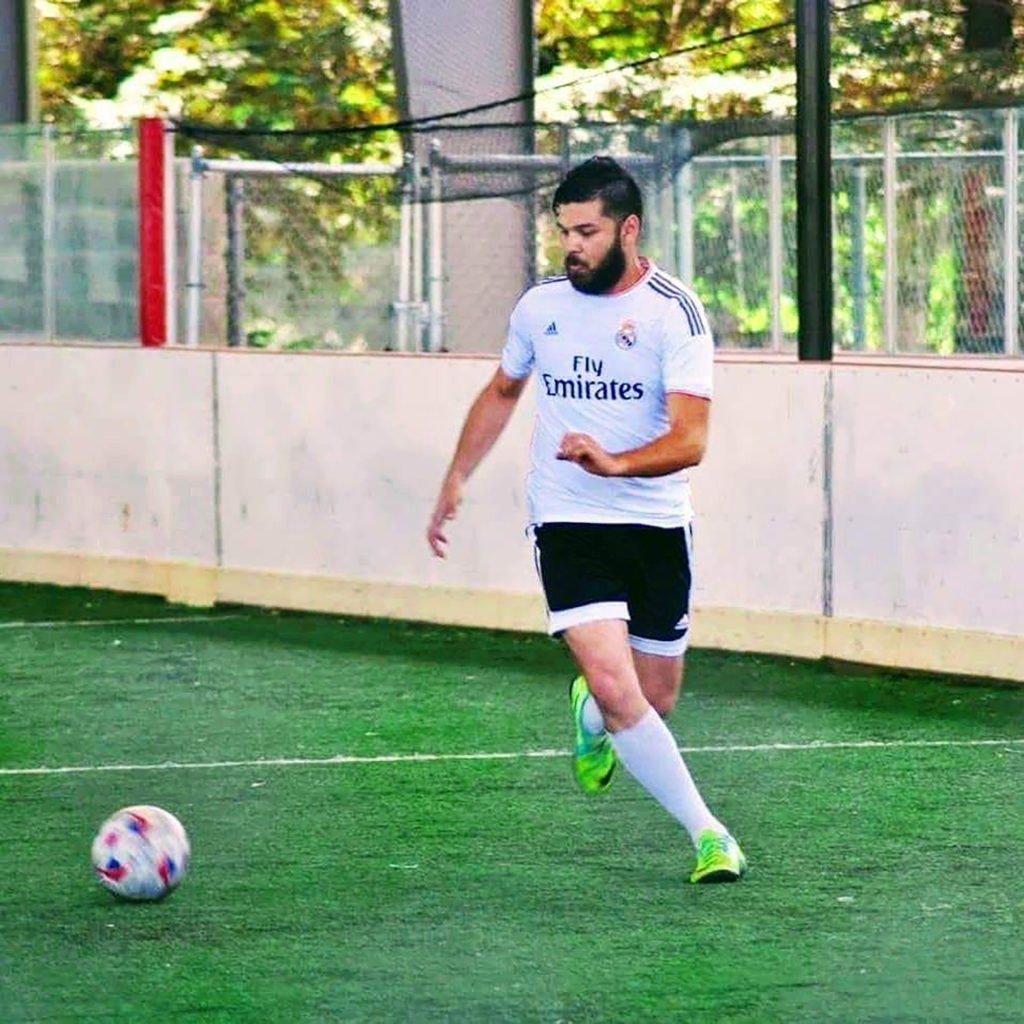 Ever since Sarmad Alkayssi could remember, he has been playing soccer. He remembers playing in the streets of Iraq. When he first came to the United States, he used soccer to cope with the transition to a new country. Photo by Alex Coba