Angelica Hernandez introduces Anish Prasad, an immigrant from Fiji, who came to America with his family at the age of 16. 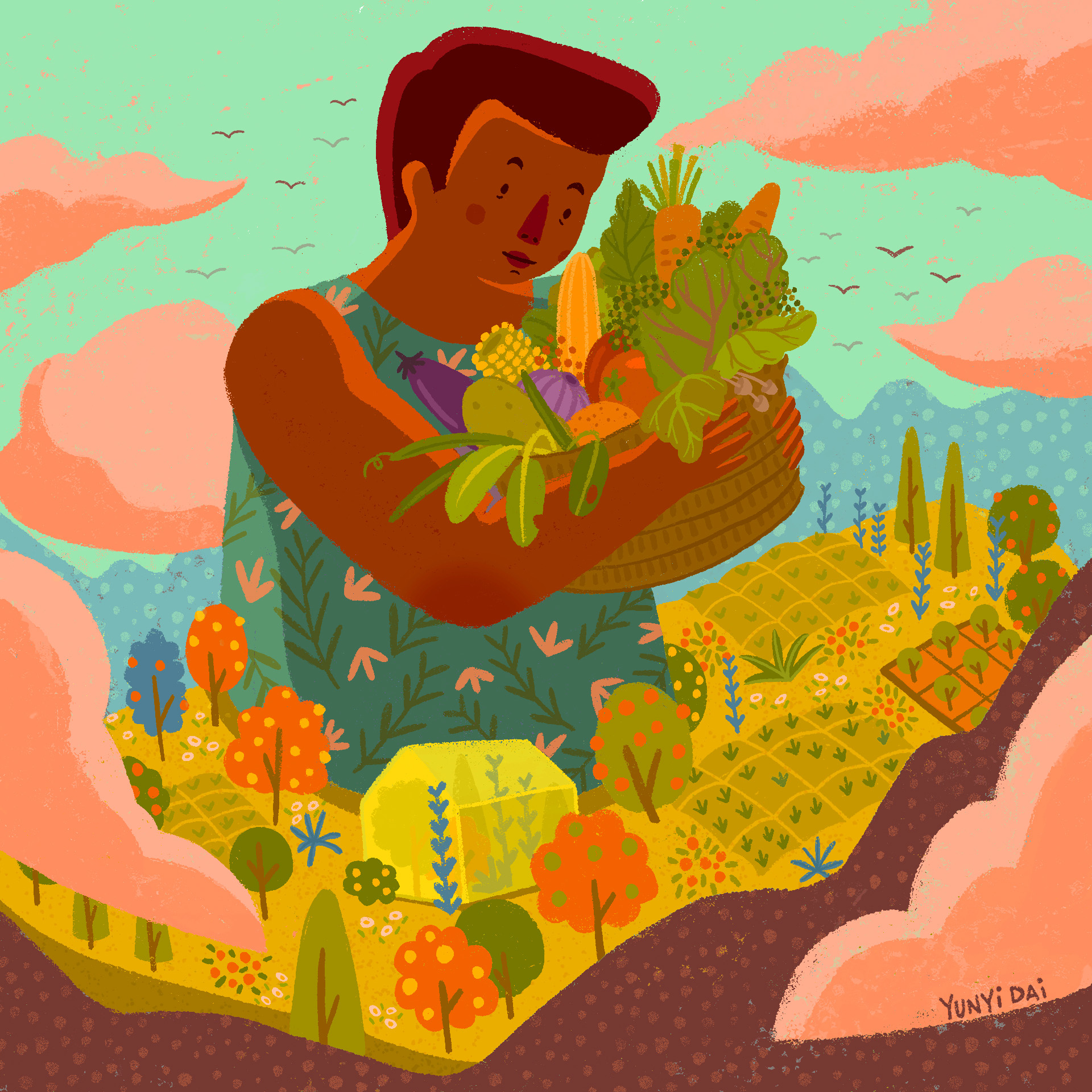 Anish Prasad left behind a thriving garden in his home country to join the rest of his family in America. Now, he has a new place to grow food.

Prasad, 17, spends most of his days after school here. He waters his new plantings of corn, peas, cabbage and cauliflower. This garden has become a special place for him since he and his family immigrated to Sacramento in 2017.

“We moved from Fiji because of my grandpa,” Prasad said. “He supported us to come to the U.S. because it’s too hot to live in Fiji now. And the politics, it’s not good.”

Prasad and his parents were the last of his family to leave Fiji. Supported by his grandparents, he and his family all live together under one roof.

“We have a big family house,” Prasad said. “My whole family is here now. No one’s in Fiji.”

Prasad and his parents arrived on Fiji Airways into San Francisco International Airport. His first memories are of the crowds of travelers in the terminal and seeing a freeway for the first time.

“Back in my country, there are no freeways,” Prasad said. “When I see exits, I forgot where to go, when to go!”

It’s different now. Prasad is a licensed driver who cruises Sacramento freeways at night. His uncle bought him a 2017 Mustang for his birthday. 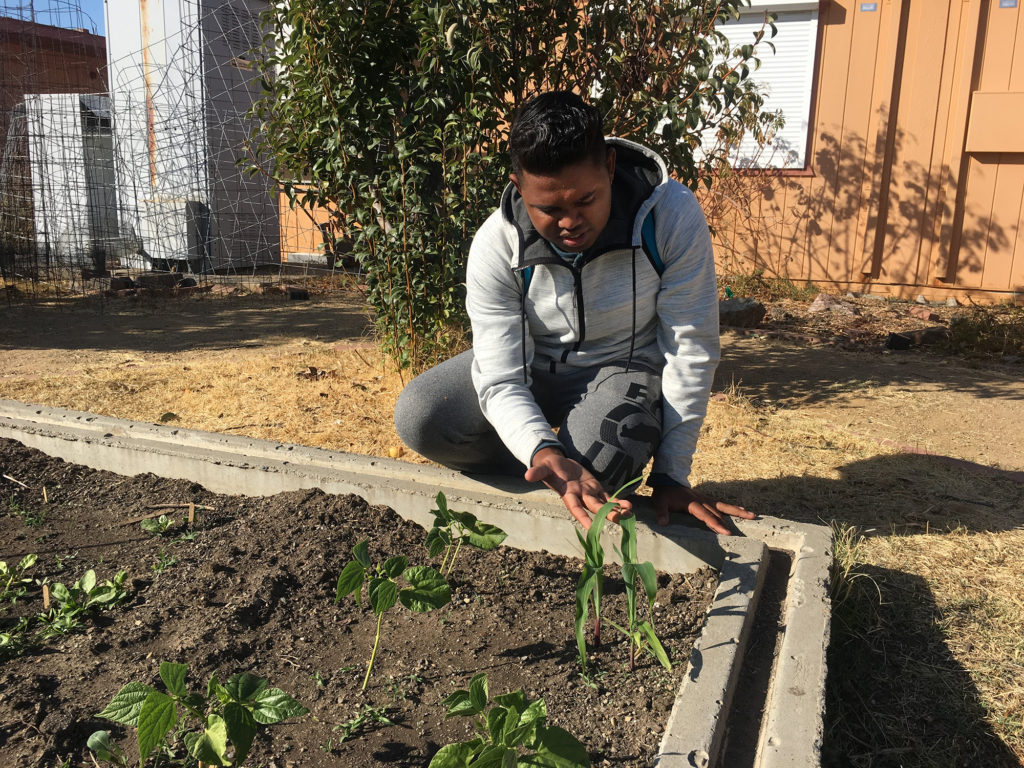 “In our generation, it’s just farming. I love farming.”

Among the many changes in his life, one thing that has remained constant for Prasad is growing food. A practice that has been passed down for generations in his family.

“My grandparents, my dad, my uncle, all of them had a big farm, like five-acres long,” Prasad said. “So, in our generation, it’s just farming. I love farming.”

Now a junior at Luther Burbank High School, Prasad is tapping into that passion through an after school farming program. With the encouragement of his teacher Todd McPherson, his garden plot is now overflowing with a variety of different vegetables.

McPherson is the director and lead teacher of the Urban Agriculture Academy, a program he  developed five years ago at Luther Burbank High School.

“When this Academy didn’t exist, I was working with the after school club starting to build the garden,” McPherson said, “And then, we kind of built it up. And built it up to the point where we could make a case to actually establish a program.” 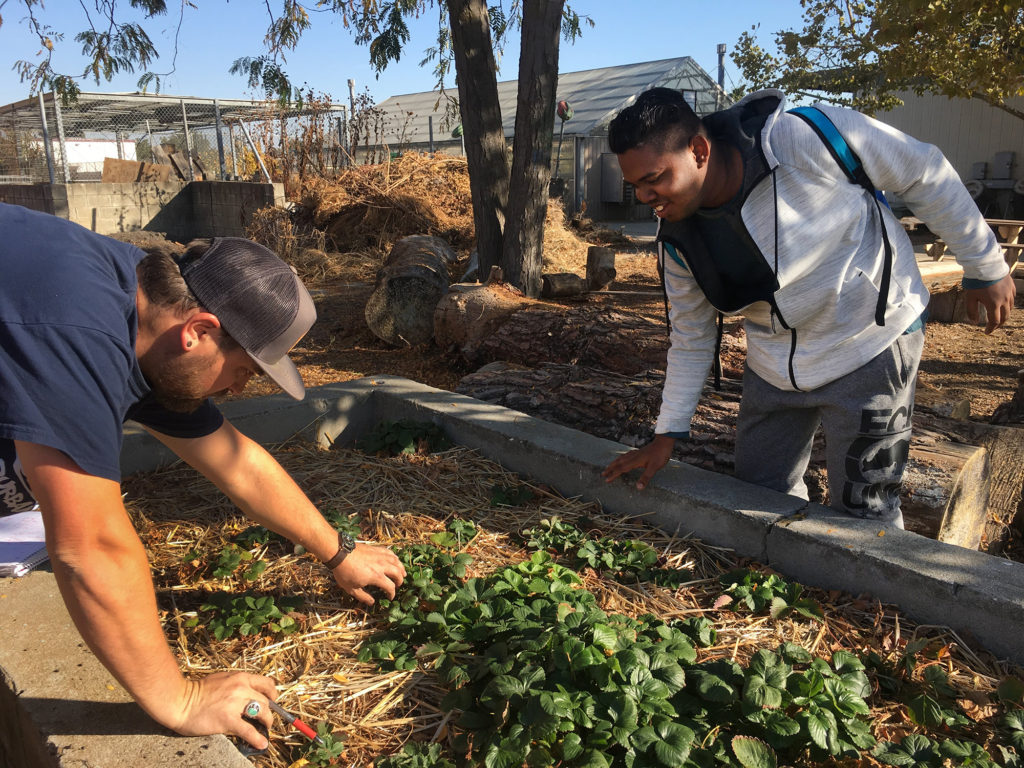 Todd McPherson helps Anish Prasad find a ripe strawberry to pick from a shared bed in the garden. (Angelica Hernandez/NextGenRadio)

The Urban Agriculture Academy is one of many youth programs that have grown out of a larger food justice movement in Sacramento, aimed at reducing barriers to urban agriculture

In 2015, the city of Sacramento passed the Urban Agriculture Ordinance, a change in city code and zoning regulations drafted by a group of immigrant farmers, residents, and agricultural advocates. 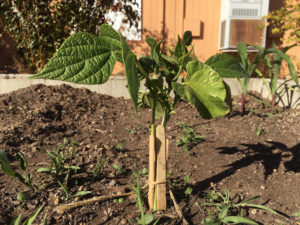 The coalition drafted legislation that made it possible for residents to grow and sell produce from farms and gardens on their residential property. It also permitted beekeeping, backyard chickens, and the establishment of temporary farm stands on site.

According to McPherson, those most affected by these changes are members of the large immigrant community in the Meadowview area.

“Meadowview just south of here is really the only designated food desert in South Sacramento,” McPherson said, “And some of the immigrant communities here are still a little bit closer to their agricultural roots. The community stands to gain a lot.”

McPherson said it can be a challenge to get youth involved in a practice like farming. But the urban garden at Luther Burbank High school is a start. 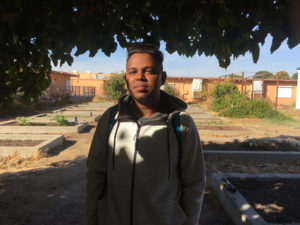 Anish Prasad stands below a fig tree in the urban garden at Luther Burbank High School. Prasad came to America in 2017, bringing his passion for farming along with him. (Angelica Hernandez/NextGenRadio)

In the future, McPherson hopes to sell the produce grown by students in the garden to the school cafeteria and teach them more of the business side of agriculture through farmer’s markets and other projects.

Prasad’s passion for farming is a bright spot in the school program, and shows what can happen when students engage with the material on a deeper level. Farming for Prasad is a way to feel connected to his new home by participating in something familiar to him.

As he digs his hands into the dirt, Prasad reflects on one thing he misses from Fiji.