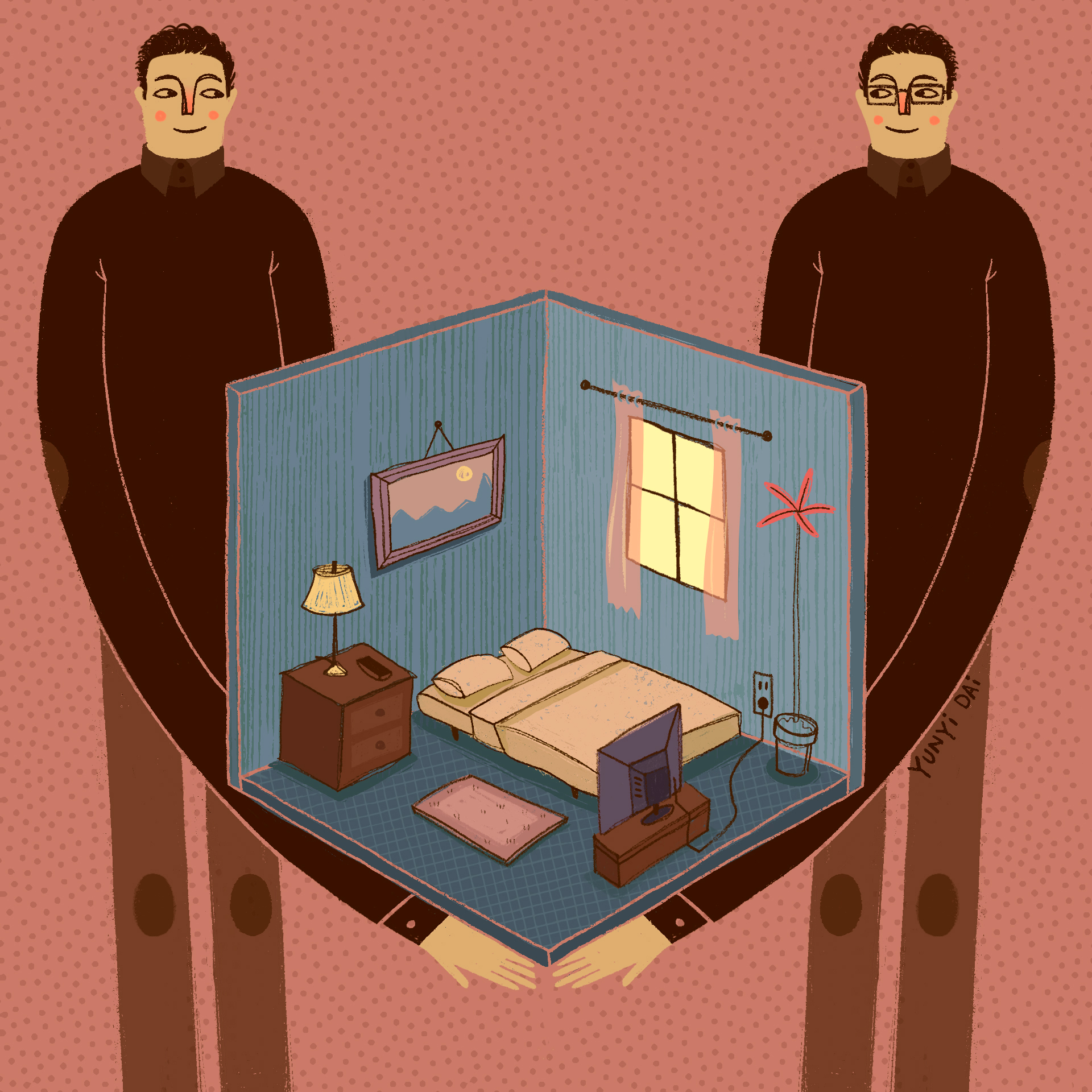 Indo-Fijian brothers Anish and Amit Prakash immigrated to the U.S. 15 years apart. The distance reminded them of family’s importance. They say their friendship makes them better business partners.

“It was a nice property,” Anish said, remembering how it looked in the eighties, “but over the years, because of crime and prostitution and drugs, the area has gone down.”

“I thought there might be an opportunity to revitalize the hotel and bring it back to what it was once.”

Their renovations and new hotel policies put them at the forefront of the fight against human trafficking. 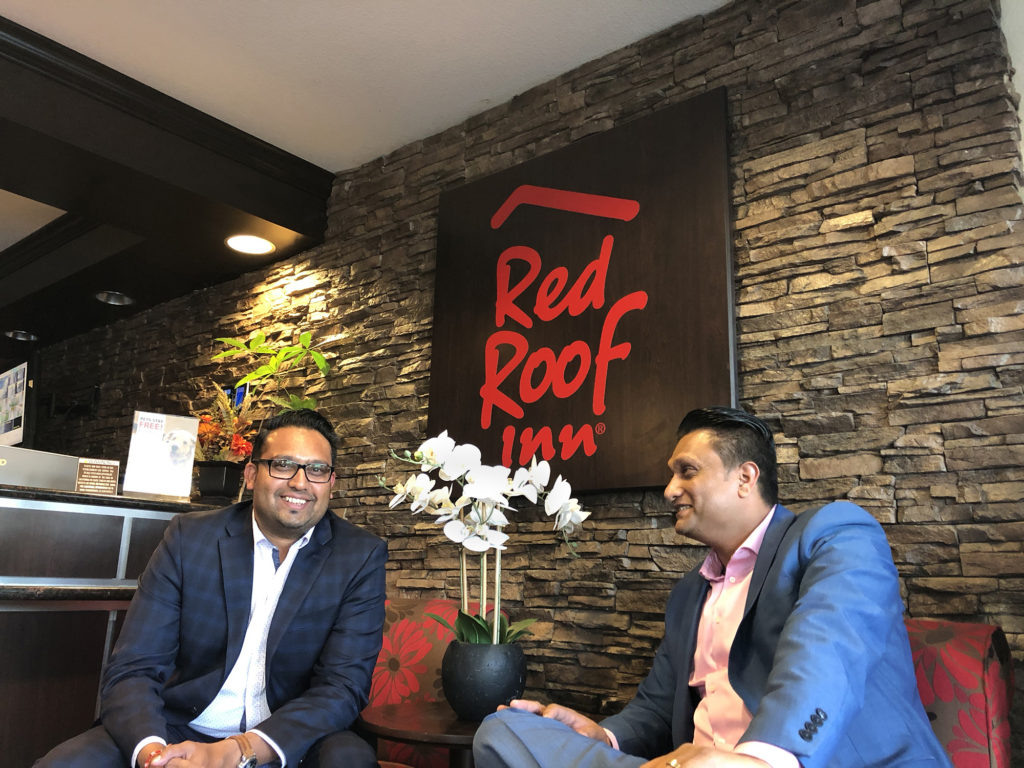 Businessmen, brothers and close friends, Anish and Amit Prakash share a laugh in their hotel lobby. Their parents worked in the hotel business after immigrating from Fiji. (Janelle Salanga/NextGenRadio)

In 2018, the National Human Trafficking Hotline found California had the highest number of reported cases of human trafficking over the past six years. Hotels, because of their anonymity, often attract human traffickers.

“We weren’t exposed to that level of prostitution until we moved to Stockton Boulevard,” Amit said.

When he had a conversation with someone he believed was a prostitute, Amit realized he wasn’t dealing with labels, but what he called “victims of circumstance.” 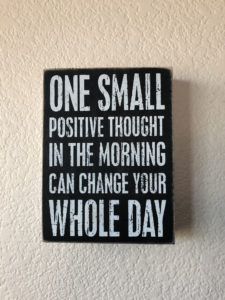 The brothers worked with Sacramento-based crisis intervention provider WEAVE and the Sacramento Police Department to develop a policy that punished justifiable experiences.

At their hotel, unidentified visitors aren’t allowed. Security enforces an “All Visitors Must Leave” policy. If it’s not followed, visitors and guests are evicted and added to a “Do Not Rent” list. The brothers train hotel staff to check identification when checking guests in.

“If a guy is with a girl and has all the identification, that’s a warning sign,” said Amit.

Amit remembers a father, with all the identification, and daughter checking into the hotel. “We called the area police captain for a welfare check,” he said. “The father was upset at first, then happy because we took the initiative.”

Expanding efforts outside the property

The brothers were recognized for their work by a Sacramento City Council resolution this past Tuesday. District 8 Councilmember Larry Carr introduced them.

“People come to city council saying, ‘We want this and that,” Carr said.

However, the brothers took the initiative to work with the council.

“They saw a problem and did something about it,” said Carr.

In 2015, the Prakash brothers worked with the Sacramento District Attorney and Sacramento Police Department to host that year’s Legislative Action Summit for the California Lodging & Hotel Association. They asked hotels to help prevent human trafficking by implementing training programs.

The brothers are not the only ones pushing for change. Marriott and other hotel companies now partner with an organization called Polaris to create trafficking awareness posters.

Lawmakers are listening, too. In 2018, California enacted SB 970 and AB 2034. The bills mandate training hotel employees about human trafficking, and require businesses to post notices about slavery and trafficking.

The South Sacramento community has felt the impact of the Prakash brothers’ advocacy. According to Councilmember Larry Carr’s resolution, sex trafficking-related crime has decreased by 95% on Stockton Boulevard as a result of their efforts.

Childhood and culture influence their drive to help

Part of Anish’s motivation to fight trafficking comes from his experience “growing up hotel.” After immigrating from Fiji, his parents worked as housekeepers, maintenance workers and residential managers. Anish’s childhood took place in rotating hotel environments.

“I saw prostitutes, I saw pimps, I saw drug dealers,” said Anish. “In Oklahoma City, I saw these pimps beating up women and forcing them to do unspeakable things.”

He said these situations aren’t common in Fiji, despite its thriving tourism industry.

Tourism boasts some of the best prospects for Fiji’s economy. In 2018, over 870,000 people visited Fiji; that’s an increase of 3.3% from the previous year.

Amit sees community advocacy as a natural extension of the hospitality business. “When you spend time at the front desk and meet people from different walks of life, you kind of lose the sense of ‘me’,” he said.

They say their Fijean heritage ties into their hospitality. “We’re out of Fiji,” said Anish, “But Fiji’s not out of us.”

“To be included and recognized for the individual you are, that’s an important part of diversity,” Amit said. “[In] South Sacramento, we got that inclusion here. For us, this is home.”

Amit Prakash talks about separating from his brother, who left Fiji before he did