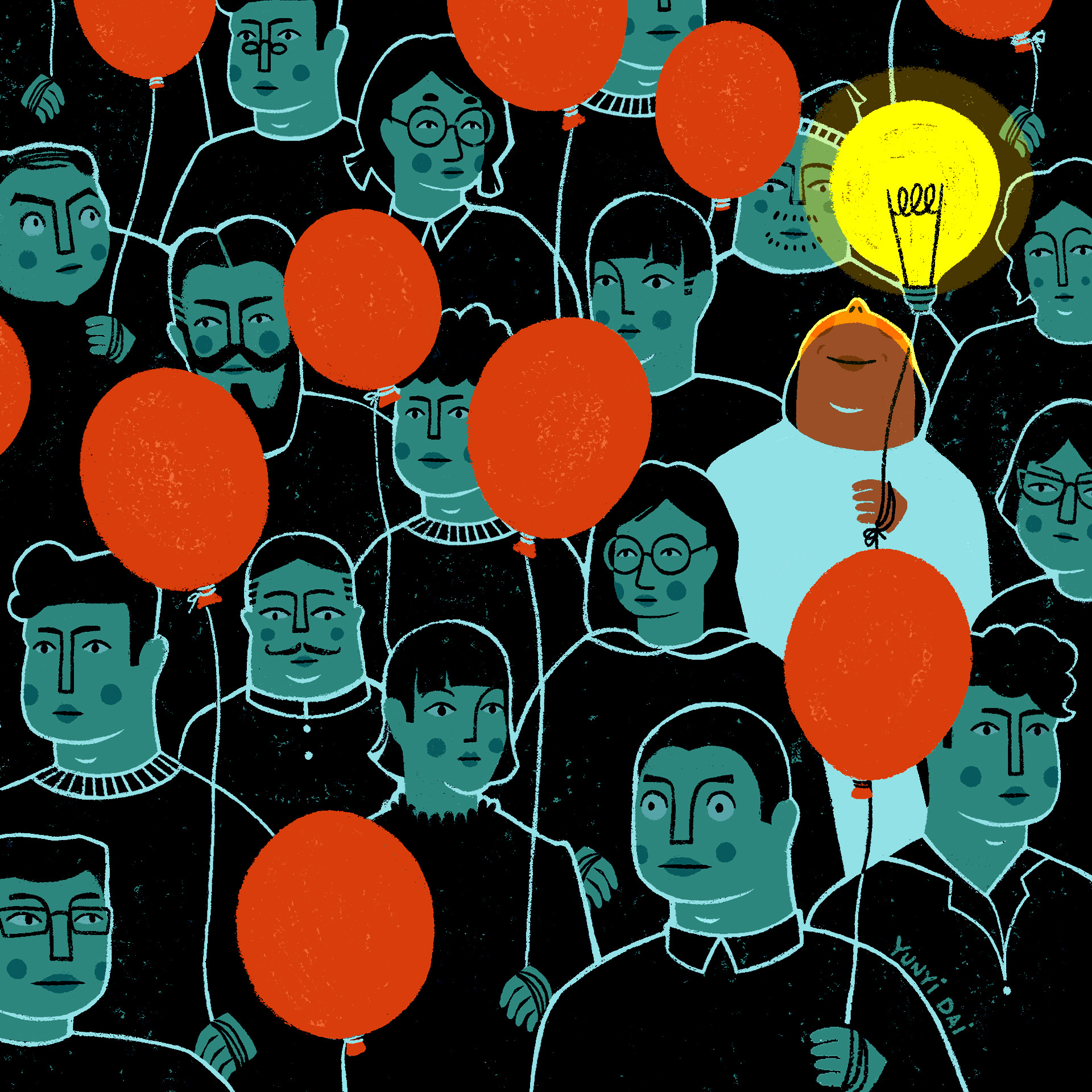 Coming to America, the ultimate bingo for one Sacramento resident

Victor Igbenidion is a Nigerian immigrant who left his comfort zone 12 years ago but coming to the U.S. “felt like heaven.”

Coming to America, the ultimate bingo for one Sacramento resident

“Bingo!” said Victor Igbinedion as he raised a flag next to him and a volunteer handed him a stack of bills. “I can easily rack up about $2,300 in a day here,” he said.

Igbinedion is a frequent customer of Florin Road Bingo, a bingo hall located in Meadowview, one of the more diverse neighborhoods in Sacramento. 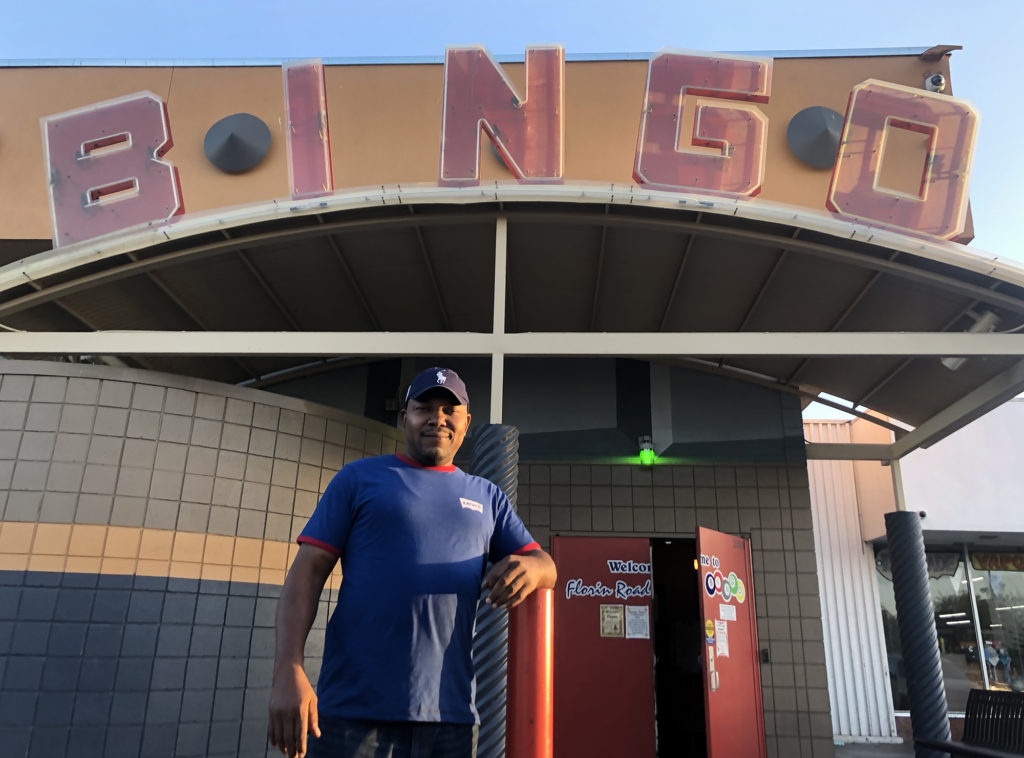 “There are a bunch of bingo halls in Sacramento but I prefer coming into Florin Road Bingo because it favors me. I’m a winner here,” said Victor Igbinedion. Photo by Ricardo Tovar

On a Monday, dozens of people gathered with their blotters and bingo sheets in hand. Walking through the hall you could hear different languages spoken. Some English speakers, like Igbenidion, speak with accents.

When Igbenidion immigrated from Nigeria he was unsure about coming to the U.S., but after he got here it felt like a dream, he said.

“I just left a dark part of the world and I’m seeing the light.”

Igbenidion had a bachelor’s degree and taught high school in Nigeria. He came to the U.S. to be with his now ex-wife and they had a daughter together in California.

“I actually thought America was a five minute drive from heaven,” Igbinedion said. “It appeared so perfect.”

Igbinedion found the U.S. strange when he arrived in 2007.

He remembers culture shock that was most pronounced in his first week in the country. Igbenidion recalls hearing blaring sirens outside of his apartment. When he looked to investigate, a cat had gotten stuck in a tree, and he couldn’t believe 911 was called to respond to an errant cat.

In Nigeria, someone would use a rock to get a cat down, he said.

It was the first of many cultural differences he noticed between the U.S. and Nigeria.

If Igbinedion could take one thing back to Nigeria it would be electricity. He recalls having to conserve electricity so it couldn’t stay on all the time. Some people would have to finish all of their work during the day. 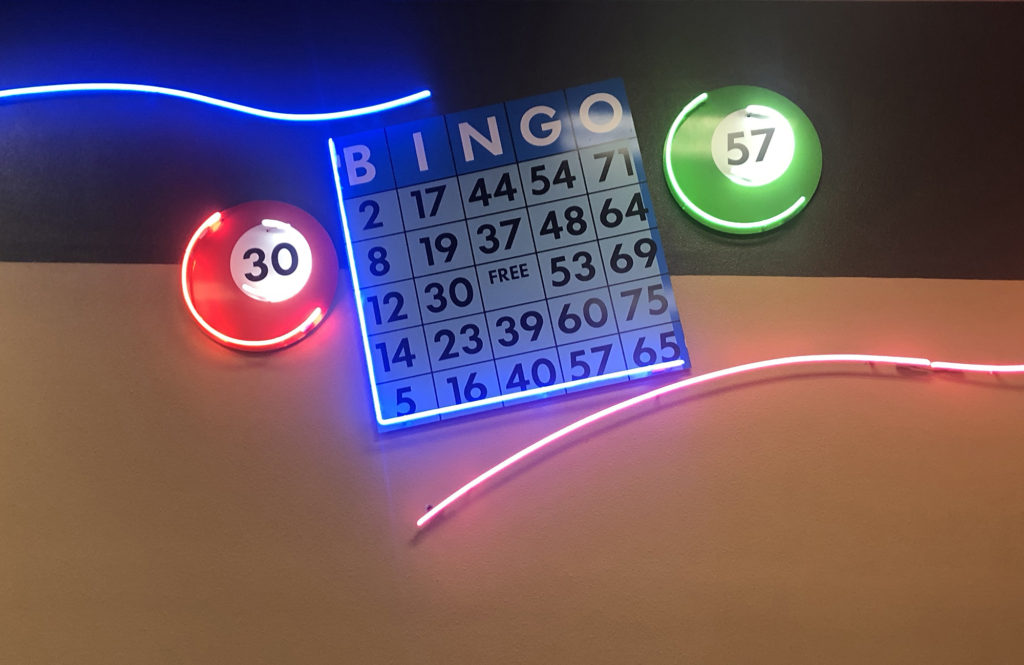 Working in the U.S. was another adjustment for Igbinedion. He first worked at a Target, unloading and stocking shelves overnight.

“My brain was telling me that I could do better, because I have a bachelor’s degree,” Igbenidion said. “But what I heard was, as long as you put food on the table you don’t worry about the job you do.”

Since then, he worked at a mental health group home and now he sets glass for windows and doors.

Bingo is Igbinedion’s side hustle, something he does to earn extra cash. 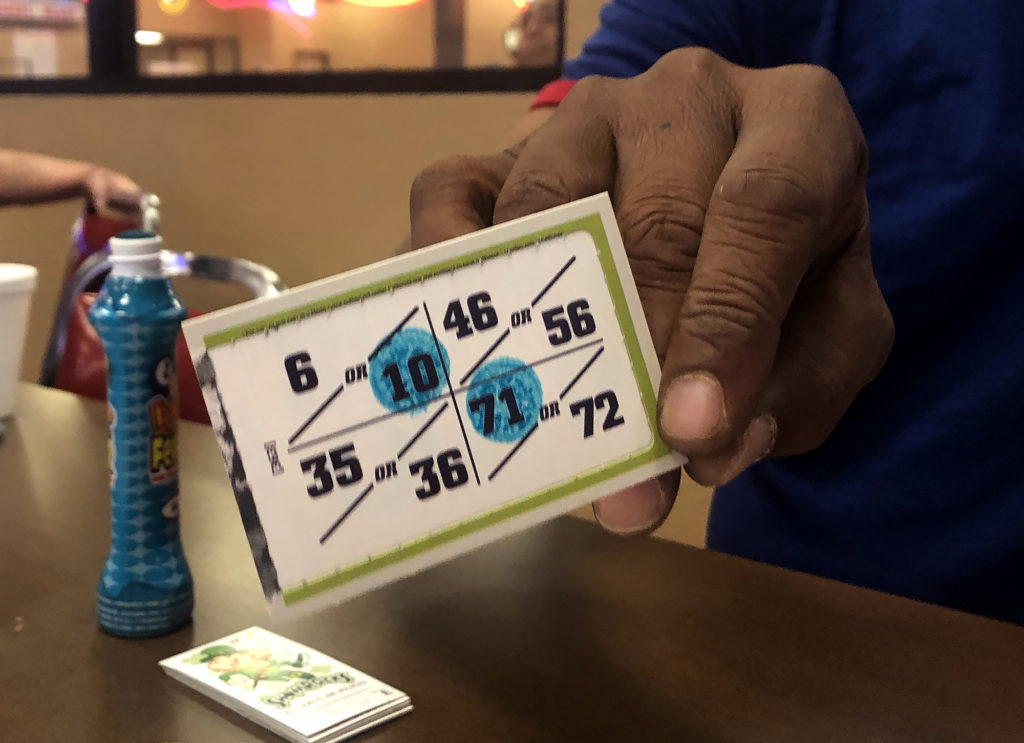 Victor Igbinedion shows us what one of the many games looks like at Florin Road Bingo. “I can easily rack up about twenty three hundred in a day here.” Photo by Ricardo Tovar

That’s why he comes to Florin Road Bingo, in a strip mall near the intersection of 24th Street and Florin Road in South Sacramento. It sits near a number of international shops. Inside, it’s a playground for people from all over Meadowview.

Florin Road Bingo is a non-profit charity where volunteers hand out games and cash to the winners. They’re from other local non-profits, such as African American’s for Balanced Health, Asian Cultural Exchange and the Tongan Christian Church. These groups get donations for their work, and they also represent diversity in the bingo hall, said Beers.

“You don’t really need that much language support to play Bingo.”

“We have had people who don’t speak any English and we’ll find somebody in the hall who speaks whatever language they do,” said Beers.

Bingo can trace its lineage to Italy, as far back as 1530. It was originally called “Lo Giuoco del Lotto D’Italia.” In Mexico, bingo is called loteria and is played with a deck of cards that a dealer calls out. Players may use beans or coins to fill their play sheets.

“Bingo is pretty universal in what you’re doing,” said Beers.

That can be comforting for people, like Igbinedion, who left their comfort zone and now live in  U.S.

“Everyone knows me here,” Igbinedion said. The players, the volunteers, the workers call me by my name, even when I don’t know their names.”

Now, Igbinedion is a regular in this hall. A place where he’s found a new community. 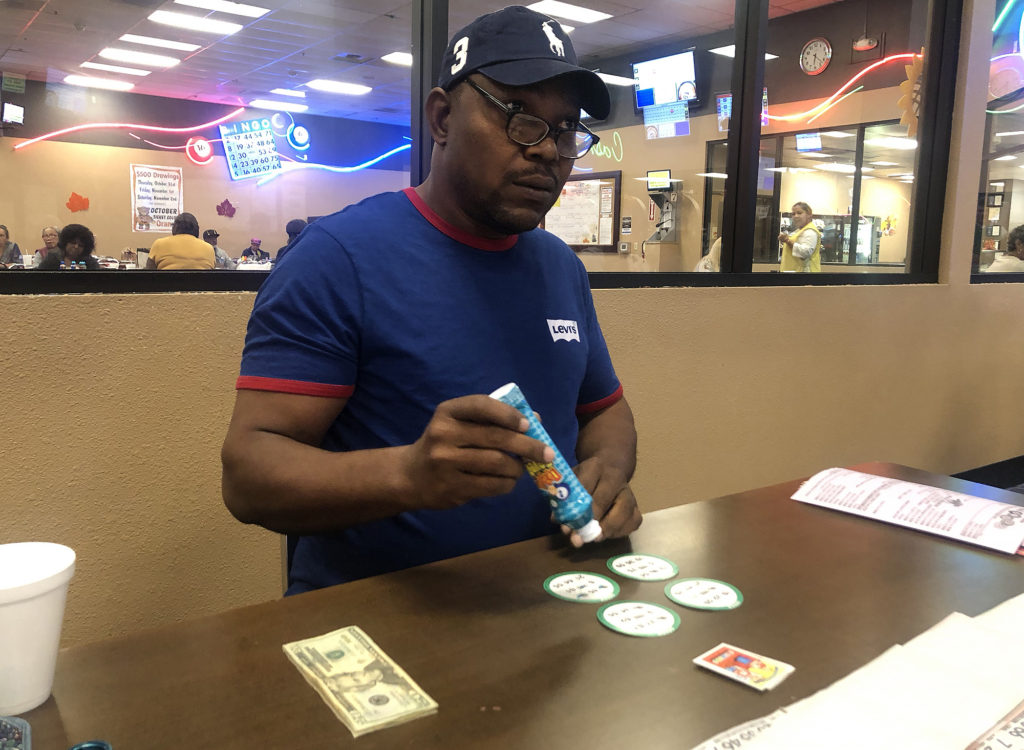 Victor Igbinedion plays a game of 4 by 4 bingo with his dauber in hand. He had just won $100 dollars from a previous game. Photo by Ricardo Tovar